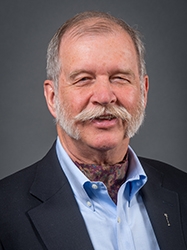 Dr. Carl Whiteside remembers the day he met Dr. Granger Avery like it was yesterday.

“It was 1981 and I’d heard of this doctor who practiced in Port McNeill,” Dr. Whiteside explains. “We met for lunch, along with his wife, Winnie, to discuss his interest in becoming a rural-based preceptor with UBC’s Department of Family Medicine. It was clear that he was an interesting, creative character who served his community with enthusiasm, commitment and social responsibility.”

It was these traits, among many others, that earned Dr. Avery his appointment as a Member to the Order of Canada in June. One of the country’s highest civilian honours, his recognition stems from his incisive leadership in the practice of rural medicine and tireless commitment to improving Canada’s health care system.

“This huge honour, so totally unexpected, is truly a tribute to the work of so many who have worked together tirelessly with me for rural medicine, the improvement of First Nations health, and the betterment of our healthcare system in British Columbia (BC) and Canada,” says Dr. Avery. “If there is one thing to pick upon that needs ongoing help from us all, it is the introduction of a collaborative group, the Pentagram Partnership Plus—with equal authority—to design, govern and manage healthcare in BC and Canada as the next logical step in the development of our challenged, but much loved, healthcare monopsony.”

This huge honour, so totally unexpected, is truly a tribute to the work of so many who have worked together tirelessly with me for rural medicine, the improvement of First Nations health, and the betterment of our healthcare system in British Columbia (BC) and Canada.

An inspiration to rural colleagues

Dr. Avery’s contributions to rural health have long been admired by his rural physician colleagues.

“Granger is an inspiration to generations of physicians in British Columbia (BC),” says Dr. Ray Markham, executive director of the Rural Coordination Centre of BC (RCCbc). “He has walked the talk of serving his community and improving health equity on the ground, while expertly engaging in the complex world that is health system change.”

“Granger has not only worked for rural medicine, but has been open to new ideas and changes, and initiated and supported the grassroots efforts,” says Dr. Johnston. “He’s an eclectic, insightful, generous man, a great rural doc, an innovative, holistic leader of rural medicine.”

The benevolence modeled by Dr. Avery, along with his unwavering service to others, is applauded by Dr. Alan Ruddiman, RCCbc director and former president of Doctors of BC.

“This tremendous accolade and recognition is an exclamation mark on what so many of Granger’s peers, colleagues, medical students, resident doctors, patients, civic leaders, university faculty, and politicians have come to know and expect of him,” says Dr. Ruddiman. “An admired and most valued human being who has so positively dedicated his career and energies in the service of others…a friend and mentor to many, gravitas and wisdom from deep within, and a true leader’s leader.”

The heart of rural medicine

Dr. Avery’s journey to the Order of Canada began in 1946 in London, England, where he was born in the same hospital in which his mother trained to become a doctor. He once recounted that his passion to practice medicine started around age eight while playing with his mother’s stethoscope.

“When I started to think about it in high school, I realized there were so many things to do in medicine,” Dr. Avery told the Vancouver Sun in 2016. “It’s an extraordinarily wide and interesting field, so I thought I can’t do anything but that.”

After completing his Bachelor of Medicine and Surgery degrees at The London Hospital, University of London in 1971, Dr. Avery headed to the southern hemisphere, earning an obstetrics diploma at Auckland University in New Zealand in 1973. Shortly after, he embarked on another new adventure—this one to Canada—to complete a third-year anaesthesia residency at Vancouver General Hospital (VGH).

But it was rural medicine that truly captivated Dr. Avery.

After finishing his VGH residency, he became the first resident physician for the newly established and isolated community of Port McNeill in the North Island region of Vancouver Island. There, he found his home—and his calling, providing general practice services, including emergency medicine, obstetrics, surgery, and general anaesthesia, in and around the community for his entire 40-year practicing career.

“Granger is that rare breed of rural practitioners that have dedicated virtually their entire decades-long career of service to a single community,” says Dr. Robert Woollard, RCCbc director. “Port McNeill has benefitted greatly from his ability to consistently weave together advances in medicine with the changing nature of a constantly evolving community. In so doing, he has learned much about healing and the systems required to support it at scales from the individual through family to community and the nation.”

Dr. Avery’s leadership in Port McNeill dramatically enhanced access to health care in the community and the surrounding First Nations communities. He worked with village council, the BC Ministry of Health, UBC and, in later years, the Vancouver Island Health Authority, to build a hospital, recruit and retain rural physicians and nurses, and establish robust extended community support services, including a methadone clinic. He also coordinated and oversaw an inter-professional rural medical teaching program for UBC trainees.

“The tremendous efforts of my wife, Winnie, in the trials and complexities of physician recruitment and the management of the clinic over the decades must be acknowledged,” says Dr. Avery. “I couldn’t have done it without her, or the many stellar partners from whom I have learned so much.”

“Dr. Avery has done so much as a compassionate, wise and thoughtful physician and leader,” says Dr. Horvat. “He not only saw patients in the clinic he was involved in founding; he also saw the need for, and initiated the practice of, going by boat and helicopter to provide outreach to surrounding, small island-based First Nations communities.”

Granger is that rare breed of rural practitioners that have dedicated virtually their entire decades-long career of service to a single community. Port McNeill has benefitted greatly from his ability to consistently weave together advances in medicine with the changing nature of a constantly evolving community.

A voice for rural health, rural medicine and rural people

In addition to his work as a trusted rural physician, Dr. Avery used his medical leadership and advocacy to improve the health of rural people and communities in BC and across Canada. In 1985, he joined the Board of Directors of the BC Medical Association (BCMA, now Doctors of BC) and chaired its Committee on Aboriginal Health from 1990–95. In this role, he called on governments to settle land claims to improve First Nations health and urged UBC to create seats for First Nations people to study medicine.

“Granger had the singular ability to not only recognize that the challenges he faced in rural practice in Port McNeill were shared widely across the province and country, but had the organizational and leadership ability to do something about it and to encourage others to help,” says Dr. John Soles, RCCbc physician consultant and former president of the Society of Rural Physicians of Canada.

When elected by his peers as BCMA president for 1997–98, Dr. Avery successfully advocated for on-call payments for rural physicians and persuaded the government to withdraw the proration of physicians’ fees—crucial steps to enhance recruitment and retention. He also launched BC’s surgical and diagnostic wait lists, a first for any Canadian province. And from 2001–2014, Dr. Avery served as co-chair of the Joint Standing Committee on Rural Issues and was elected president of the Canadian Medical Association for 2016–2017.

“Dr. Avery not only made a lasting impact on the care of his patients, but he navigated provincial and federal medical leadership, being one of the few BC physicians who has presided over both BCMA and the Canadian Medical Association,” says Dr. Josh Greggain, RCCbc medical lead and current Doctors of BC president. “I consider Granger a colleague, a visionary and an inspirational example of what medical leadership should look like, all the while being dashingly well-dressed in his proverbial ascot.”

Dr. Trina Larsen-Soles, RCCbc medical lead and former president of Doctors of BC, describes Dr. Avery’s decades-long career and tireless commitment to improving rural medicine by saying: “Granger doesn’t just talk rural medicine; he lives it. He has been a fierce advocate provincially and nationally for rural medicine and rural communities, and is truly deserving of the Order of Canada.”

Dr. Avery not only made a lasting impact on the care of his patients, but he navigated provincial and federal medical leadership, being one of the few BC physicians who has presided over both BCMA and the Canadian Medical Association.

“My colleagues and I conceived, obtained funding and developed RCCbc because of the need for a co-ordination body for rural health care due to the disparate and different problems and solutions to training, practice and living in rural BC,” explains Dr. Avery. “It’s very clear that there are numerous ‘silos’ of activity that require connection to function best.”

Dr. Avery led RCCbc as executive director from 2007–16 and set its culture of welcoming and embracing collaboration and innovation to bridge gaps in rural health care. With his guidance, RCCbc supported, developed and created several initiatives that are now mainstays in BC rural medicine, including The CARE Course, UBC Rural Continuing Professional Development, the Rural Health Services and Research Network, and the Enhanced Surgical Skills Working Group.

“Granger’s love of rural medicine, appreciation of First Nations culture, passion for teaching and wonderful ability to engage people were critical elements as RCCbc was envisaged and formed,” explains Dr. Stuart Johnston, RCCbc director. “The success and growth of RCCbc is a reflection of the many people drawn to its vision under his leadership.”

Investiture to the Order in fall 2022

Dr. Avery will be invested into the Order of Canada this fall by Her Excellency, the Right Honourable Mary Simon, Governor General of Canada.

The Order of Canada was established in 1967. Membership is awarded to those who exemplify the Order’s Latin motto, Desiderantes meliorem patriam, meaning “(those) desiring a better country.”

RCCbc’s RISE (RCCbc for Inclusion, Social Justice and Equity) Reference Group is launching a new progress report to keep RCCbc, and our partners, accountable to the Truth and Reconciliation Commission of Canada’s Calls to Action to advance reconciliation.