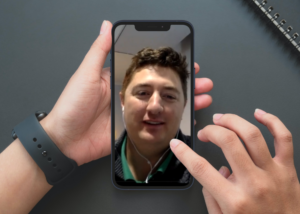 A surge line for Real-Time Virtual Support (RTVS) is helping healthcare workers in rural and remote communities who seek support during the busiest hours of the day.

A variety of factors has led to an uptick in usage of RTVS peer support pathways this summer – and as a result temporary funding was approved to bring in a second RUDi (emergency) physician when the on-call RUDi doctor and RTVS team face higher call volumes.

Staffing challenges at nursing stations and hospitals across British Columbia – as well as ongoing pandemic fatigue – has meant decreased availability of healthcare workers, resulting in some being left on their own. RTVS’s RUDi pathway – which is staffed by emergency medicine physicians – has been a lifeline to these workers.

In addition to RUDi, RTVS users have access to MaBAL (maternity and newborn) and CHARLiE (pediatrics) support. MaBAL and CHARLiE volumes have also been increasing, with the family physicians on MaBAL being integrated as an overflow line for when RUDi is on a call.

Dr. Nathan Ashmead, a RUDi physician based in Victoria, said the ability to stand up a second RUDi line when the main RUDi doctor is focused on a complex case has potential to save lives and improve the efficiency of the system for everyone involved.

The second doctor is sometimes only needed for an hour or two but it could mean reducing wait times at multiple centres across the province and giving healthcare workers peace of mind. “They can know we’re not abandoning them or not answering the lines,” said Dr. Ashmead.

“There’s sustainability with the backup.”

“Having the second doctor was incredibly impactful. We were able to help patients in both communities at the same time which was huge.”

But the highest value is patient safety.

The first time an official surge physician was used – on Wednesday, Aug. 10 – it allowed RUDI doctors to help two patients needing resuscitation in two different parts of the province at the same time, a toddler in a coastal community and a stroke patient at a nursing station in an Indigenous community.

Dr. Brydon Blacklaws, the RUDi pathway Co-Lead who was on shift during the resuscitations, said: “Having the second doctor was incredibly impactful. We were able to help patients in both communities at the same time which was huge.”

“RUDi physicians have been well supported by our team members on the MaBAL and CHARLiE pathways and we are grateful for their continued ability to take overflow calls. However, we know that some of the calls are better suited for a second RUDi physician. Having this second RUDi doc available can also free up the MABAL and CHARLIE physicians to be available for calls specific to maternal, newborn and child health in BC.”

Dr. Amy Sawchuk, the MaBAL pathway Co-Lead, said: “With the call volumes increasing on our service and the need to continue to support the RUDi service, it provides us with peace of mind knowing that when the volume is too high to service all calls that a second RUDi physician can be called in to support those in urgent need of care.”

The second surge RUDi Line is a trial generously supported by Northern Health. RTVS leadership is continuing to monitor the volumes and types of calls that are coming through to ensure we can continue to meet the need. “Until then though,” said Dr. Blacklaws, “the surge line is getting the job done.”

Katrina Bepple, Manager of Partnerships and Engagement at the Rural Coordination Centre of BC, said: “Our strong partnership with Northern Health made this temporary surge line possible and we are grateful for their continued support.”